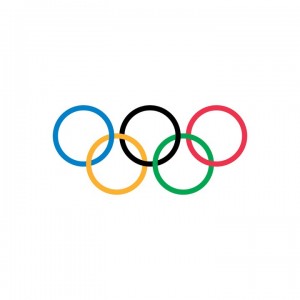 With the IOC vote less than two months away, officials of the Almaty and Beijing bids made presentations at a “technical briefing” at the Olympic Museum in Lausanne. Each city had 45 minutes to explain their bid plans, with another 45 minutes for questions and answers. Almaty went first, followed by Beijing. The meetings were attended by 85 of the International Olympic Committee’s 101 members.

At the presentation, the Beijing team confirmed the full support of the Chinese government for the bid while pledging to meet all bid-related challenges. Deputy director of the Beijing bid, Zhang Li, sought to calm concerns over the fact the city isn’t a traditional winter sports hub. “Simply we have a very comprehensive plan. It’s a combination of appropriate temperatures, sufficient water supply and reliable snow-making facilities. And also initiatives because of the 2022 Games to make the whole area more sustainable. Long term sustainability is one of our priorities in planning for the Games.”

He also stressed that the total amount of water used for snow making over the entire duration of the Games will represent only one percent of the annual available water supply in the area. But another major concern is air pollution.Beijing mayor Wang Anshun, who’s also the bid committee president, says measures have been put in place to deal with the issue.”We have put in place a robust action plan from 2013 to 2017 a five year clean air action plan for Beijing. This plan has a commitment of 130 billion US dollars. It targets four major sources of pollution in Beijing: coal, fuel oil, construction as well as dust particular emissions from construction and other sites and we have 84 specific measures to control emissions from these four sources.”

Beijing’s efforts to improve air quality are already paying off. Official figures show the concentration of PM2.5 particles has dropped 18 percent in the first five months of this year compared to the same period a year ago.

Vice Premier Liu Yandong, who’s heading the Chinese delegation to Lausanne, says she’s more confident with Beijing’s bid after the presentation.”We have had very effective communication with the IOC members just now. I expounded on the visions and ideas for Beijing’s bid for the Winter Olympics and our views have been recognized by the IOC members. And I am now filled with even more confidence in our bid.”

The host city for the 2022 Olympic Winter Games will be chosen at the IOC session in Malaysia on July 31. Though Beijing has long been viewed as the favorite in the two-city race, Almaty also made a strong showing at Tuesday’s briefing.The city presented itself as the candidate that offers a “real” winter setting with plenty of natural snow. Some IOC members are suggesting the race may now be much tighter than expected.