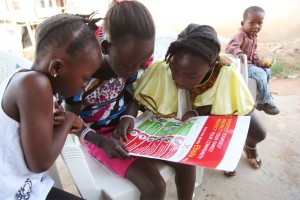 The final Chinese medical team dispatched to Liberia has returned home after concluding its two-month anti-Ebola mission. The West African country has now declared the eradication of the epidemic. The 42-member team arrived back in Beijing along with Chinese rescuers and relief workers.

A member of the medical team talks about the work in Liberia. ‘In total, our team received 177 Ebola cases and we treated 110 patients. There were 10 confirmed cases, six of them were cured and discharged from hospital. So we can say that we have successfully fought the outbreak with zero infection, as President Xi commanded.’
China was one of the first countries to send aid to West Africa, with three batches of medical teams sent to combat the crisis following the worst-ever outbreak of Ebola.