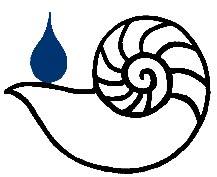 Co-operation between Chinese and Greek shipping companies continues in spite of problems problems influencing both the Chinese and the Greek economy. According to South China Morning Post China Merchants Energy Shipping, Sinotrans Shipping and Greek shipping firm Dynagas are in talks to form a joint venture to build five vessels to ship liquefied natural gas (LNG) from the Arctic. China Merchants said in a stock exchange statement that its board had approved a proposal allowing subsidiary China LNG Shipping to take a 25.5 per cent stake in the joint venture, which will pay US$1.59 billion for the ships. Additionally, Sinotrans, a unit of state-owned Sinotrans & CSC  said it would take a 25.5 per cent share of the joint venture without revealing who its partners were. Dynagas, a private Athens-based LNG shipping firm, will take a 49 per cent stake, China Merchants’ statement said.