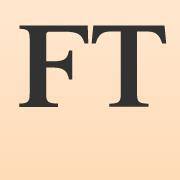 Assessing the first reactions in Greece following new laws passed in the Greek parliament, Financial Times focuses on shipping. In so doing, the British economic newspaper reports  that several Greek shipowners felt they might be seriously hit. Further to this, ‘Greek shipping bosses also complain that the EU has come under heavy lobbying from Germany’s maritime industry, which they say has pushed for tax changes to hobble their Greek rivals’. On the whole, Greece’s shipping industry is levied through a tax on the tonnage capacity of the fleet rather than on profits, a common practice internationally. Greece is nowadays the leading power in owning shipping fleets at the global level followed by Japan, China, Singapore and South Korea.