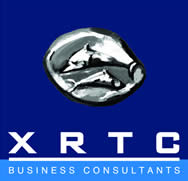 Research conducted  conducted among Greek shipping companies as well as among Greek and international banks by  XRTC Business Consultants demonstrates that the Greek debt crisis does not have a significant impact on the shipping companies’ access to financing. According to the research findings banks still believe that shipping companies can be granted new loans. Nevertheless, foreign banks, most notably from Germany, China and France appear to be more wary when it comes to the general economic situation of Greece. At the same time, financing costs are expected to remain unchanged during 2015.