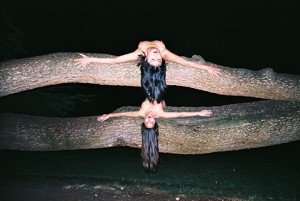 Atopos Unlocked is the new program of Atopos Contemporary Visual Culture (Atopos  cvc) in Athens, Greece. It is researching the depiction of the nude body and how it is captured by the new generation of artists of Tumblr and other forms of social media. The results of this research will be presented in a special publication titled Unlocked, in collaboration with Paris based cultural center La Gaîté Lyrique  in 2015. Atopos Unlocked continues with Chinese photographer and poet Ren Hang, who will participate in the Occupy Atopos residency.

The avant-garde and radical, photographic work of 28-year-old Ren Hang is pervaded by  intense lyricism and eroticism. Hang strips his friends/models bare and creates a number of original, provocative, diaristic narratives where youthfulness and sensuality constitute the leading elements. The human formations of the heretic artist sometimes appear indecent and offensive and other times fairy-like and refined. Shot in the modern urban landscape of Beijing, in plain rooms or in nature, his photos seem to defy the moral codes of the conservative Far East.

Ren Hang’s alluring nature of work is regularly misinterpreted as a staged display of the modern  Chinese subcultures and youths on the margins of society. However, the artist’s main intention is to capture men and women in their most natural and authentic form, in the nude. In his recent work titled 2014, which was presented in Capricious 88 gallery in New York, the artist focused on the conversation between the naked human body and the natural environment  resulting in the most elaborate, camouflaged imagery.

Additionally, as part of its 10 year anniversary Atopos cvc «unlocks» its premises and collections to  the public and presents an exhibition of British fashion designer Craig Green and of the Atopos  Paper Fashion collection. The presentation of the paper dress collection, which includes rare items by Issey Miyake, Helmut Lang, Maison Martin Margiela, Walter Van Beirendonck and Hussein Chalayan among others, as well as the Campbell Soup Dress after Andy Warhol, the Lisa Dress by Robert Wilson and the Yellow Pages Dress by Howard Hodgkin  will change from week to week.

All the limited edition works of Ren Hang will be available for sale during the exhibition. 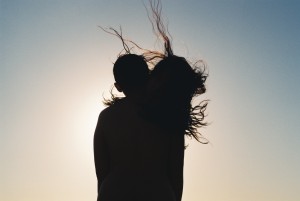 Ren Hang was born in Changchun, a province of Jilin in China. He has presented his work through solo exhibitions in China and abroad and has participated in many international group exhibitions in museums and galleries in Sweden, Denmark, France, Germany, Italy, Austria and so on. Hang  has been repeatedly censored in his country and despite any adversity he chooses to live and work in Beijing. In 2013 he participated in the Beijing Photo Biennale and in the Fuck Off 2 exhibition at the Groninger Museum in the Netherlands after having been invited by artist and activist Ai Wei Wei. Works of his can be found in private and public collections in China, Russia and the USA among other countries. Furthermore, a number of photo books dedicated to his work have  been published.