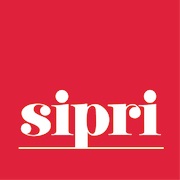 Following the release of figures by Stockholm International Peace Research Institute (SIPRI) on world military expenditure, George Tzogopoulos wrote an article in Ependisi (Investment) newspaper analysing new developments. As he argues, although the US has reduced its military budget in recent years, it remains the largest spender. On the other hand, China – although not able to compete with the US – is continuously increasing its military expenditure in order to respond to to the policy of encirclement applied by the US in Asia. But as Tzogopoulos explains the discussion should mainly focus on deterrence rather than on the practical usage of military equipment which might lead to a nuclear holocaust. As far as Russia is concerned he sees a continuity in the military doctrine of the country since 2008 recalling also a relevant  article written by its President Vladimir Putin in Foreign Policy magazine in 2012.