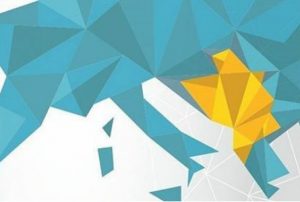 Since a few years the European interest in China is growing. This is not only about trade and economics. Today, China constitutes the second biggest market for the EU. It is also driven by research on how Sino-European relations could develop in the near future, in particular what the implementation of the Belt and Road Initiative means for the Old Continent.

The institutional framework is already existing. In 2015, the European Commission welcomed China’s participation in its €315 billion Investment Plan. Significant opportunities have risen since then. Last year, for instance, China became a shareholder in the European Bank for Reconstruction and Development (EBRD) as its 67th member. Subsequently, the EBRD and the Asian Infrastructure Investment Bank (AIIB) agreed to deepen cooperation.  A memorandum of understanding was signed between the EBRD and the Silk Road Fund at the Belt and Road Forum in Beijing in May 2017.

China is paying particular attention to the rollout of its Belt and Road Initiative (BRI) towards the Balkan Peninsula and in Central and Eastern Europe. The EBRD is simultaneously exploring further possibilities for collaboration. A report authored by Dr Jens Bastian for the EBRD sheds new light into the Balkan Silk Road dimension of the BRI. 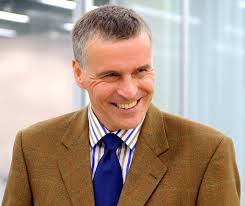 A leading economist, who held academic positions in institutions such as the University of Oxford and was appointed by the European Commission as a member of the Task Force for Greece, Bastian offers useful insights about how Europe should see Chinese investments and lending for infrastructure projects in the Balkans. As he accordingly says: ‘Chinese investments in EU and non-EU member states create leverage for acquisitions and infrastructure innovation on an unprecedented scale’. It is thus possible for the region to benefit from increased trade with China and diversifying its sources of capital.

Statistics presented in the study outline that the total trade volume between China and selected Western Balkan economies reached a level of €3.3 billion in 2015-16. Serbia accounts for almost half of that total trade volume. China’s ranking as a trading partner in 2016 after the EU-28 countries was as follows: third in Bosnia and Herzegovina, fourth in former Yugoslav Republic of Macedonia (FYROM), fourth in Serbia, second in Albania and third in Montenegro.

This gradual rebalancing of trade relations for countries in southeast Europe opens up opportunities for the EBRD. To illustrate from Bastian’s report: the purchase of four diesel and two electric trains by FYROM from the Chinese company CSR Corporation, which was financed by a €50 million loan secured by the EBRD. He also highlights a project in Serbia with the China Railway Construction Corporation (CCRC) and another on a hydro power plant turbine.

Undoubtedly, a project relationship between the EBRD and Chinese companies is emerging in the Balkans. For Bastian, the willingness of both sides to cooperate is evident. More importantly, the ongoing process can test the waters on issues such as ‘how EBRD procurement rules are adhered to by Chinese counterparties’. From a European perspective, as the economist suggests, it is necessary to set priorities before negotiating with Chinese companies as well as to explore the identification of synergies between the EBRD and Chinese financial institutions in order to guarantee ‘win-win’ results. An interesting question, for example, would be whether the EBRD will have to become a stakeholder in some Chinese grand projects. For their part, Chinese companies could benefit from the EBRD know-how and efficiently support local economies, including development of small and medium-sized enterprises.

Bastian’s study has been implemented in a period during which the EU and the US are closely monitoring the Belt and Road Initiative. There is growing demand inside the Commission in Brussels and among national governments whether the acquisition of European companies by Chinese ones should be subject to increased vetting procedures.

Joining the debate Bastian believes that ‘it is more appropriate to consider China a complement to, rather than a substitute for, the Balkan countries’ European partners.  Bastian argues that Chinese loans for infrastructure modernization in Serbia, FYR Macedonia and Bosnia-Hercegovina have provided these countries with a welcome source of project financing and diversification’. This development can foster dialogue between the two sides in good faith. Differences between partners do exist. But what matters more is to build on a common will to bridge them.

On the whole, Bastian draws on realism. He sees no homogenization of Chinese investments in the Balkans and refrains from anticipating whether spill-over benefits for the region will be similar to those of Central and Eastern Europe. He discusses the added value of future infrastructure works such as the proposed construction of a high-speed railway connecting Belgrade with Budapest. But his astute report does not ignore the ongoing European Commission investigation on the flagship project linking Serbia with Hungary.

Perspectives for the future remain promising. China’s footprint in southeast Europe will continue to grow in the coming years. This requires, as Bastian argues, that multilateral organisations such as the EBRD, the European Commission or the Regional Cooperation Council in Sarajevo harness collaboration with China is promising. As he concludes, ‘this is only the beginning of a new era in Sino-European relations’.

A shorter version of this article has been published on china.org.cn.