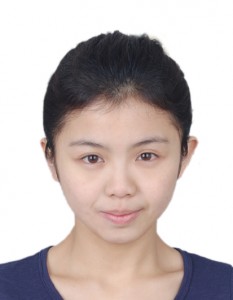 The China Institute of International Studies (CIIS) is the think tank of China’s Ministry of Foreign Affairs. As a leading research organisation, it is conducting research and analysis on a wide range of foreign policy issues. Having a strong European Studies department, CIIS is currently monitoring the situation in the UK in view of the referendum of 23 June 2016. Researcher of CIIS are rather sceptical  for a ‘NO’ vote which will possibly lead to the UK’ withdrawal from the European Union. Ms. Zhang Bei, who has been working in the European Department of CIIS since 2013, shares her knowledge with chinaandgreece.com.

Can the new special partnership between the UK and China be affected by a ‘NO’ vote?

Recent years have seen strengthened ties between UK and China, mostly in economic, trade and investment affairs. China values the partnership with UK because of its overall strength, its relatively open attitute towards China’s development and its position in the European Union. A Brexit will bring enormous uncertainties and risks in economic and political spheres both in UK itself and the EU at large, which China would not like to see. 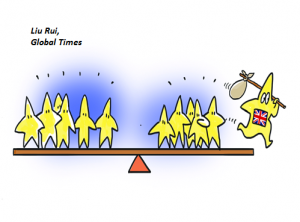 Isn’t the UK strong enough to maintain its power outside the EU and even increase ties with other countries such as China?

Even though UK is a resilient country which still has many resources at hand, the UK will at least experience a rather turbulent period of times following the ‘NO’ vote.The Brexiteers are ambivalent about the future arrangement of the UK and the single market; as to trade agreement with other countries, US president Obama has said explicitly that UK is at the back of the queue. EU magnifies the UK’s power on many levels. A UK outside EU will be very difficult to maintain its power or to increase ties with other countries.

A possible Brexit will undountedly weaken the EU integration but it is not clear to what degree the damage will be done. Brexit will mark the first time EU integration takes a step back and will be a great encouragement to the Eurosceptic forces across Europe. EU without UK will be weakened also because UK is such an important country in economic, political and security fields. UK is a traditionally important European country and is the leader of the liberal camp inside the EU. It has the geopolitical global insight and defense capabilities that EU desperately needs in today’s security environment.