A paradigm of doing business: The case of ARKAS 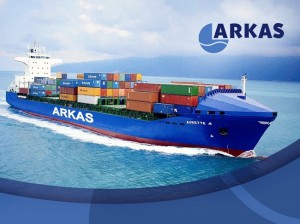 A few weeks after the so-called ‘Agreekment’ and while several Greek companies suffer by capital controls, the port of Piraeus continues to be one of the most significant assets for Greece. The investment of COSCO in piers II and III along with the existing hope that the privatization of the Piraeus Port Authority will normally take place in the autumn give the opportunity to shipping companies and agencies to expand their activities via Piraeus. As opposed to parochial thinking dominating Greek media and public discourse, it is not only the foreign business sector but also the Greek one which naturally benefits.  ARKAS Hellas SA constitutes a remarkable example.

In particular, the Greek shipping agency has realised the significant opportunities created by the rapid development of the Piraeus port since 2009 and has managed to elaborate on its significance as a transhipment hub. It has thus reached important international business deals with foreign companies seeking to use the new, modern facilities of the biggest Greek port. After 10 years of representation in Greece of Taiwan’s Yang Ming Lines, for instance, ARKAS Hellas SA recently came to an agreement with them to use Piraeus as their main hub port in the Mediterranean. Yang Ming is the world’s 14th biggest company of global carriers operating a fleet of 89 vessels and a total capacity of 410.000 containers. It also belongs to the CHKYE shipping alliance where giants such as COSCO, Hanjin, ‘K’ Line and Evergreen take part. 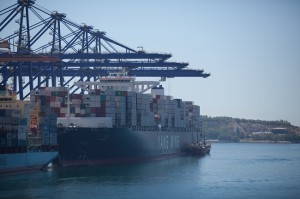 As Mr Philip Costopoulos, Managing Director of ARKAS Hellas SA explains on chinaandgreece.com ‘when mother vessels come to Piraeus, feeder, smaller feeder vessels follow in order to transport commodities and products to smaller ports that cannot serve the needs of mother ships’. Four vessel arrivals/departures have been scheduled per week since May to better serve local cargo for clients to/from major ports of the Far East. Two arrivals/departures per week have been also scheduled to/from the biggest ports of Northern Europe.

For ARKAS Hellas SA to represent Yang Ming in a very difficult period for the Greek economy means more that economic profits. The business deal outlines the advantages the former can offer to its clients. These include the family tradition, the safety, the punctuality and the reliability of the company. Similar characteristics are critical for business success stories and can open the door for similar agreements in the future irrespective of the damaged international image of the Greek government.

Above all, Arkas Hellas Group is the only Greek shipping group representing so many different lines. Arkas Line, Yang Ming Line, Pacific International Lines, Tarros Line and Deutsche Afrika Linien are part of its multidimensional business framework. Last but not least ARKAS Hellas SA has its basis in Piraeus and is closely linked to the Greek economy. As Mr. Costopoulos puts it, ‘the group is always willing and ready to adjust its agency services according to the specific needs of every Line represented.

You can find here more information of ARKAS Hellas SA.