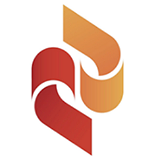 A total of 162,629 phantom staff on the government payroll have been removed since a national campaign targeting corruption and bureaucracy was launched last year. According to People’s Daily Hebei Province saw the largest number of such officials, with 55,793 found to be getting paid even though they never worked. Sichuan Province removed 28,466 such ghost staff and another 15,022 were exposed in Henan. No such official employees have been uncovered in Shanghai and Tibet, said the report, adding 531 redundant people were found in Beijing and 327 of them have been removed. The same reports also China also scrapped 114,418 vehicles for use in regular government affairs and keep only those for special services, in an effort to cut hefty spending amid mounting public complaints over the misuse of public money. The ‘mass-line’ campaign began in June last year to improve the flagging relationship between Party officials and the general public, by cleaning up undesirable work styles such as formalism, bureaucracy, hedonism and extravagance.