Rob Wood puts a 35% probability on Grexit talking to chinandgreece 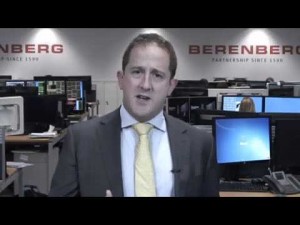 Economist Rob Wood of Berenberg private bank had recently given an interview to CNN suggesting that Beijing’s interest does not go hand in hand with the Greek problem. In a subsequent interview with chinaandgreece.com Mr Wood reiterated his argument by saying: ‘Greece is not important for China. Why would it be? A relatively small part of the Eurozone. Its one thing buying some assets in Greece, quite another funding its default on debts to other Eurozone countries’. He also put a 35% probability on a Grexit and explained that the fall of the price of EUR does not mean much to China.

Talking to CNN in the past Rob Wood had said:  ‘‘Then there’s China. China has invested heavily in Greece’s ports and has other trade ties with the country. It also has substantial foreign reserves of around $4 trillion, which could easily wipe out the loans Europe has issued to Greece. But there’s no obvious advantage to China stepping into a regional problem.Would China really want to wade into the middle of the eurozone in an antagonistic way? For Russia there’s upside in destabilizing their opponent, but for China, I can’t see any upside, politically or economically.’ You can find more information here.