Interview with Professor Farish A. Noor on President’s Xi book 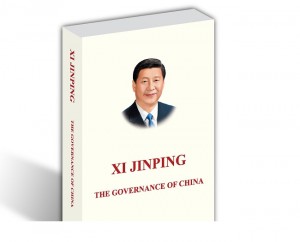 President’s of China Xi Jinping book entitled The Governance of China was recently launched by the Foreign Language Press. The book was compiled jointly by the State Council Information Office, the Party Literature Research Office of CPC Central Committee and China International Publishing Group. The Governance of China has 18 categories, containing 79 speeches, informal talks, addresses, answers to questions from the press, approvals and congratulatory letters from Xi Jinping between 15 November 2012 and 13 June 2014. The book is available in multiple languages, including Chinese, English, French, Russian, Arabic, Spanish, Portuguese, German and Japanese.

Farish A. Noor who is Associate Professor at the S. Rajaratnam School of International Studies of Nanyang Technological University in Singapore shares his knowledge with chinaandgreece.com. In particular, he focuses on various themes the speeches of the book cover as it embarks to philosophically re-locate Asia on a different level beyond the confrontational or oppositional dialectic of ‘us versus them’ of the Cold War era. In parallel with that, Noor argues that China’s realistic concerns drive nowadays its leadership policy.

What range of topics do the speeches of the book cover?

The speeches – about 80 in total – cover all aspects of China’s governance and security, and also consider education, food production, and environmental protection as part of a comprehensive security programme. China basically realises that it has to shed its image as a revolutionary Marxist-Maoist state that was supporting revolutionary politics up to the late 1970s. In 1978 the Communist party under Deng Xiaoping initiated the reform process on the pragmatic and realistic approach that unless China can feed, house and educate its population of more than a billion people, both the state and the party will collapse. It has been driven by the same reform process since 1978 and hopes to become a prosperous country by 2020, and a fully modern industrial economy by 2049.

The interesting thing about the speeches is that more than half of them are to internal Chinese party members, so they tell us a lot about how the Chinese leadership communicates with 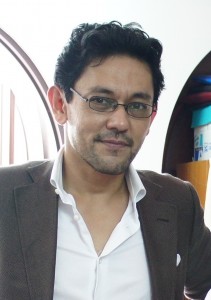 its own public. In some of the internal party speeches Xi Jinping is very frank on issues like party corruption and abuse of power, and he regards this as a security threat to the state and the party as well. In all the speeches, a very down-to-earth pragmatic and realistic approach is seen. This is not the same China as the revolutionary China of Mao’s era.

How would you discuss the apparent absence of references to the Western world?

There is one specific speech delivered in the United States, and a few delivered in Germany and other parts of Europe. Some of the speeches were delivered in Russia, but Russia is not placed in the same category as ‘the West’. Xi Jinping calls the Russia-China relationship a special one, and ‘the most important major-power relationship in the world today’.

Though most of the speeches are focused on Asia, it is important to note that in none of them is the West presented as the ‘enemy’. In fact there is no open hostility in any of the speeches about the West. Clearly this was an attempt to re-frame and re-locate Asia philosophically on a different level, beyond the confrontational or oppositional dialectic of ‘us versus them’ that characterised the Cold War.

What drives the leadership of China today?

A range of realistic concerns that are all political-economic: Economic success and development is key to China’s survival due to its geography and demography. In a country of 9.5 millions square kilometres and 1.3 billion people, the state must deliver services like education, housing, security or it will face disintegration and irrelevance. But the Communist party of China (CPC) wishes to be the party that commands the state, the security apparatus and directs the economy too, for it has to balance the power of the market with the ideological responsibilities of the party and state, thus, simply put, development equals prosperity, prosperity equals stability, which in turn further motivates and facilitates more development and thus guarantees regime continuity and the survival of the state.

What is China’s perspective on the Asian Century?

Xi Jinping said: ‘In the end, the time has come for Asians to run Asian matters for themselves’. So China sees itself as the biggest economy that accounts for 50 percent of Asia’s growth in 2012-2013, and it wants to continue playing the role as benefactor-patron state to ensure that Asia’s development will not go off-track, or that Asia might be drawn into other conflicts and issues imposed by the non-Asian states.
This is not necessarily xenophobic or chauvinistic, but I think it stems from the Chinese belief that Asia and China in particular has suffered from colonisation in the past, and thus failed to make the technological-scientific leap to the modern industrial age. It is the desire to close this gap and to create a modern Asia – with China as its leader – that drives these policies we see today.